To promote appreciation of our past and current Onondaga and Oswego Districts environment as reflected through our history and traditions;

To serve as an historical information resource center through the Society’s lectures, seminars, studies, archives, artifacts and endeavors;

To sponsor a forum for a Research Group, Philosophical Study Group and Ritual Society in the Onondaga and Oswego Districts, and such other Groups and Committees as would support this Mission.

To coordinate with other Masonic Libraries, Museums and Research or Historical Societies on matters of mutual support and interest.

Freemasonry has a rich heritage of history, philosophy, ritual and community service. Its traditional roots came into being with the founding of the United Grand Lodge of England [U.G.L.E.] in 1717, but an earlier presence may be found among various manuscripts, such in the Cooke Manuscript [ca 1450], or the Regius Manuscript (Haliwell Poem) [ca 1390]. In time Freemasonry found its way to the American Colonies with the Chartering of the Grand Lodge of New York in 1783.

Throughout the world there are vast repositories of this heritage in Freemasonry’s many Libraries and Museum’s. Thousands of books and articles have been written. Much has been preserved and much has been lost through the ravages of time. Soon after I joined the Craft I heard and noted that some of more local Masonic heritage had a way of disappearing from time to time, so I slowly began save what I could and to assemble a Library and Museum in which to house it. Within a few short years our Historical Society was founded and our holdings grew to over 5,000 books, magazines, archives and artifacts. In other parts of New York State there are other very fine repositories and knowledgeable Brothers.

Please feel free to review the pages and links of this website and drop us an email if you would like to assist in making it an even greater resource for the Fraternity. 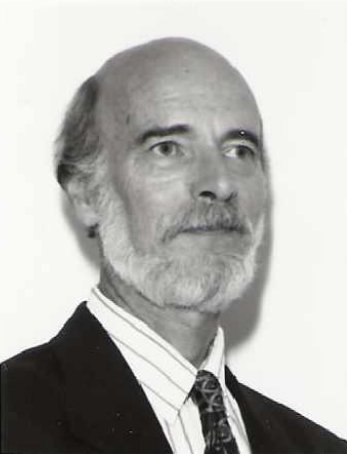 Gary L. Heinmiller was born in Albany, NY, on 8 Mar 1943, the son of Ithamar Spencer Heinmiller and Harriet Ruth Carey. He was raised in a Loudonville a northern suburb of Albany, New York, and received his early education in Loudonville Grammar School, and Milne High School (Albany). When he was 14 he moved with his parents to Syracuse, attending T. Aaron Levy Middle School (9th), Nottingham High School (10th), and Jamesville-DeWitt High School, from which he graduated in 1961. He then attended Norwich University, the military university of Northfield, VT, where he majored in Mechanical Engineering (Freshman), and Syracuse University, from which he graduated with a Bachelor of Fine Arts in Advertising Design and as a Distinguished Military Graduate in 1965. At Syracuse University he served as Captain in the Army R.O.T.C., Upstate Battalion Executive Officer for Pershing Rifles (Major), and Captain (Commander) of the Counterinsurgency Company.

Upon graduation he was commissioned a 2nd Lieutenant in the Army as an Assistant Adjutant General, attending the Officer Basic Course at Ft. Benjamin Harrison, Indiana, and assignments as follows:

Upon leaving the service in 1970 Bro. Heinmiller was Agent and Deputy Director of Loss Prevention for the Family Bargain Centers, Syracuse, covering from Connecticut to Iowa; North Carolina to the Canadian border. Upon the sale of that company he was with P&C Foods, Syracuse, serving as Account Payable Supervisor, Field Auditor and then Office Services Manager. In 1982 he became the owner of The Scriptorium, Ltd., Liverpool, New York, specializing in custom calligraphy, graphic design and framing. He is an avid reader and researcher and writer.